Saul Teukolsky, the Hans A. Bethe Professor of Physics in the College of Arts and Sciences, has won the American Physical Society’s 2021 Einstein Prize, which recognizes outstanding achievement in gravitational physics. Teukolsky, who has been a professor at Cornell since 1974, will share the prize with Clifford Will, Distinguished […]

Saul Teukolsky, the Hans A. Bethe Professor of Physics in the College of Arts and Sciences, has won the American Physical Society’s 2021 Einstein Prize, which recognizes outstanding achievement in gravitational physics.

Teukolsky, who has been a professor at Cornell since 1974, will share the prize with Clifford Will, Distinguished Professor of Physics at the University of Florida.

In announcing the prize, the APS said Teukolsky has made “outstanding contributions to observational tests of general relativity with theories of gravitational waves, astrophysical black holes and neutron stars.”

“I feel especially honored to receive an award named for Albert Einstein, my scientific hero,” said Teukolsky, also the Robinson Professor of Theoretical Astrophysics at the California Institute of Technology (Caltech).

Teukolsky developed an equation during his graduate work at Caltech to describe how a rotating black hole interacts with its environment. Much simpler to solve than expected, the equation has found many applications, including developing waveform models for gravitational wave detectors and studying gravity in higher dimensions.

“Saul, in large measure, unlocked some of the mysteries of black holes,” said Eanna Flanagan, the Edward L. Nichols Professor of Physics and Professor of Astronomy and chair of the physics department. “In the 1970s, he developed the mathematical tools needed to understand how black holes respond when they are weakly perturbed, and those tools have been widely used in theoretical physics and astrophysics ever since to understand many aspects of black holes.”

Throughout his career, Teukolsky has researched a wide variety of topics in relativistic astrophysics, including: timing models for binary pulsars; the properties of rapidly rotating neutron stars; the possibility of naked singularities; and relativistic star clusters. He is a co-author of the widely used textbooks, “Numerical Recipes: The Art of Scientific Computing” and “Black Holes, White Dwarfs and Neutron Stars: The Physics of Compact Objects.”

Teukolsky’s major current interest is numerical relativity, which involves using super computers to solve Einstein’s equations. He has introduced new algorithms to the field with the goal of improving the accuracy of predictions for gravitational wave detectors like the Laser Interferometer Gravitational-Wave Observatory (LIGO) at Caltech.

Recently, said Flanagan, Teukolsky led a team of physicists that used computer simulations to predict the gravitational waves given off when pairs of black holes collide, and those predictions matched what was seen in the first-ever detection of gravitational waves in 2016.

“This showed definitively that black holes exist,” Flanagan said, “and behave the way we expect them to.”

Kate Blackwood is a writer for the College of Arts and Sciences.

Technologies Is Altering Our Hand Gestures

Thu Oct 8 , 2020
How do you signal to a waiter, across a crowded restaurant, you want the examine or invoice?  How do you signal that the individual you are addressing need to cellular phone you?  How do convey to one more motorist, at the visitors lights, they ought to wind (or roll) down […] 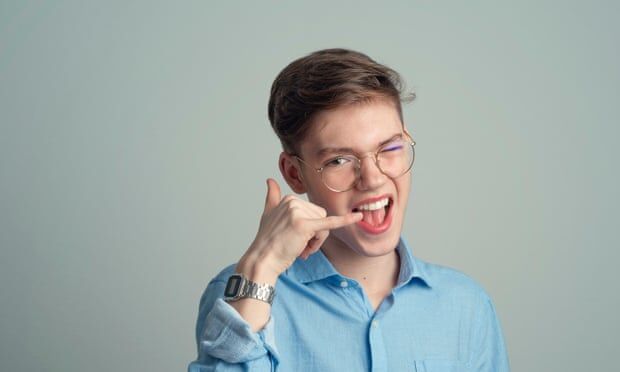