The launch of Xbox Series X and Series S on Nov. 10 kicks off the beginning of the next-gen console era — but it’s not just a transition for games. For many users, the hardware will also become a destination for streaming entertainment. An Xbox without Netflix or Disney Plus may not be a desirable console for the consumer who wants it all. So naturally, with days before launch, Microsoft touted which partners were on board for its new Xbox line.

Which of Xbox Series X apps make sense for you? Here’s a more in-depth breakdown of a few of the bigger offerings.

In addition to free one-day shipping, discounts at Whole Foods, and exclusive Twitch benefits, one of the biggest Amazon Prime perks is access to the company’s streaming service. Amazon Prime Video offers a massive library of free content for subscribers, including original TV shows and movies alongside licensed properties.

Amazon Video is one of the few video-on-demand platforms to offer other streaming services as add-ons. With Amazon Channels, Prime members can subscribe to services like HBO or Shudder without leaving the Amazon Video app. Notably, though, its biggest competitors — Hulu and Netflix — aren’t available via Amazon Channels … yet.

What it costs: $119/year; $12.99/month (30-day free trial)
Who should subscribe: Amazon shoppers
What to watch: The Boys, Fleabag, The Expanse, Borat 2, Good Omens,
When to cancel: when the cost of other Prime perks outweighs the benefits

Unlike Hulu or Netflix, Apple isn’t licensing third-party content for Apple TV Plus. At least at launch, Apple TV Plus is solely a hub for Apple’s own original programming. Structurally, it’s closer to a premium over-the-top add-on like HBO Now than a major platform like Amazon. Still, Apple brings a signature Silicon Valley polish — not to mention heaps of money — to its impressive roster, which includes big names like Steven Spielberg, J.J. Abrams, Jennifer Aniston, and Oprah.

What it costs: $4.99/month (seven-day free trial; 12-month free trial with purchase of a new iPhone, iPad, Mac, or Apple TV)
Who should subscribe: new iPhone owners (and Peak TV completionists)
What to watch: Mythic Quest, Ted Lasso, See, Servant,
When to cancel: if/when programming doesn’t live up to the hype

Disney Plus offers original programming like the Star Wars spinoff The Mandalorian and High School Musical: The Musical: The Series, but its biggest draw is Disney’s back catalog. More than anything, Disney Plus is proof that Disney owns a mind-numbing collection of IP — and with more on the way. This fall promises the direct-to-streaming release of Pixar’s Soul and the new Marvel series WandaVision.

What it costs: $69.99/year; $6.99/month (seven-day free trial)
Who should subscribe: fans of Disney or Marvel or Pixar or Star Wars or The Simpsons or National Geographic …
What to watch: The Mandalorian, classic Disney animation, the upcoming WandaVision
When to cancel: when Disney stops churning out zeitgeist-commanding content (so, probably never)

Of the major streaming services, Hulu is the best option for cord-cutters who want to keep up with current TV shows. NBC, Fox, and some cable networks drop episodes onto the platform the day after they air, which means you don’t have to wait for an entire season to be released on Amazon or Netflix before catching up with your favorite series. That’s in addition to plenty of original programming, licensed content, premium cable add-ons, and a live TV plan.

What it costs: $5.99/month ad-supported; $11.99/month ad-free (30-day free trial)
Who should subscribe: recovering DVR hoarders
What to watch: Solar Opposites, Shrill, PEN15, tons of ABC, NBC, and Fox TV shows
When to cancel: if must-watch network shows don’t keep you coming back

The Xerox of streaming services, Netflix has been able to stay top dog (or at least one of a small litter of top dogs) through a combination of churning out original content and buying up the rights to hugely popular licensed properties like Friends and The Office. Now that much of that third-party IP is leaving the platform for various streaming services, Netflix will likely double down on its originals, as well as continue to look abroad for licensing opportunities — foreign reality shows like The Great British Baking Show and Terrace House seem to be a rich vein.

What it costs: $8.99/month for Basic; $13.99/month for Standard; $17.99/month for Premium (30-day free trial)
Who should subscribe: TV bingers
What to watch: The Witcher, Umbrella Academy, Castlevania, Great British Baking Show
When to cancel: When you’ve binged all you can binge or the output feels like overload

NBC’s second foray into the streaming wars (RIP Seeso) will include next-day access to current broadcast shows, a collection of classic series, and plenty of original programming. Though let’s face it, it will always and forever be known as the streaming service that took The Office away from Netflix.

What it costs: free ad-supported (with only “select episodes” of Peacock originals); $4.99/month ad-supported (free for Comcast and Cox subscribers); $9.99/month ad-free
Who should subscribe: comedy nerds, classic TV fans, and those who need The Office to fall asleep
What to watch: Brave New World, the SNL archives, Shrek, the Saved By the Bell reboot
When to cancel: you can always just downgrade to the free version

Thu Nov 5 , 2020
The COVID-19 exposure notification app utilised in England and Wales unsuccessful to alert customers if they were being in near speak to with likely infectious COVID-19 individuals. For the reason that of the error, countless numbers of individuals had been not explained to to quarantine even when they need to […] 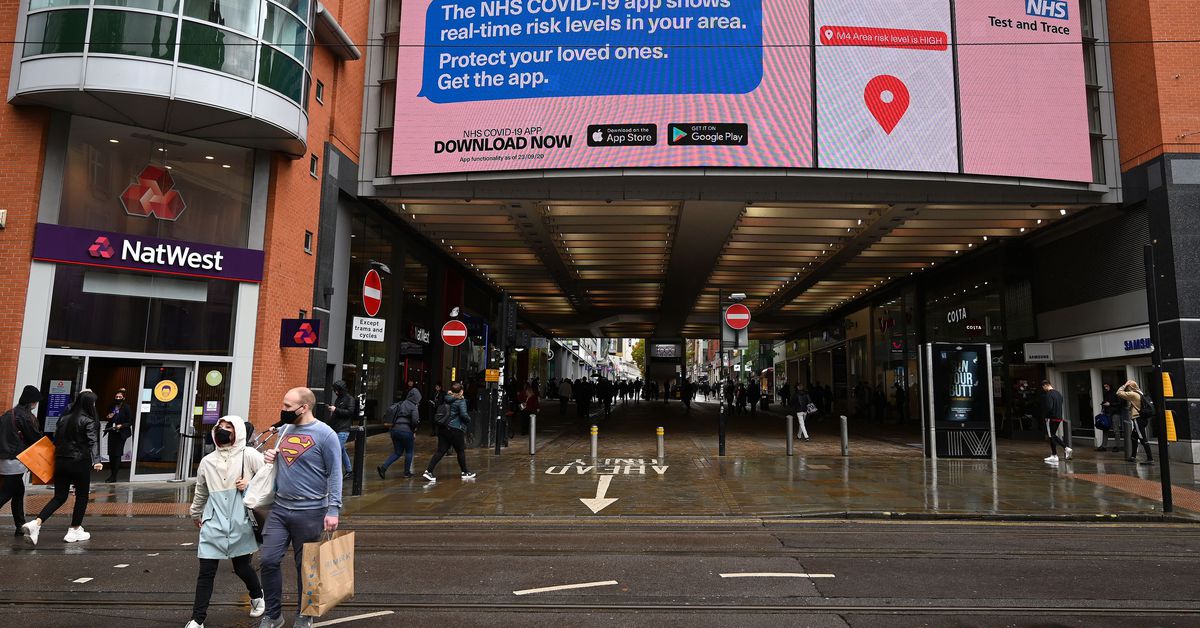